It is very hard to tell why it happen, but it is becoming the truth that the weather is now becoming quite curious. Taking the recent days of Suzhou as an example, a city can seldom see snow in early spring, is now snowing around the Spring Festival. In fact, rolling back to the days that we have past years, some curious things can also still be reminded, e.g the snow in November of Wuhan. Admittedly, it is the first time that I see the snow at the Spring Festival in Suzhou.

Following are some pictures that I took in my flat through the window at about 2 a.m. It is really a difficult to take a photo with the exposure time of 1.6 seconds. And with a photo on the grass in front my house, you can see it more clearly. 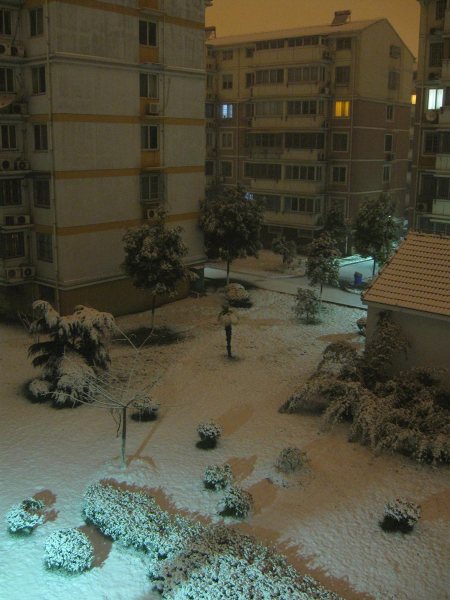 The snow is not stop until the second day, though the snow on the roads has been wrapped, those on the grass and roof remains. In fact, this sight reminds me of the old days when the snow disaster happened in 2007. According to the CNN that the US is also snowing heavily in US this year.

These are two photos that I took the second day. For large pictures, just click on them. 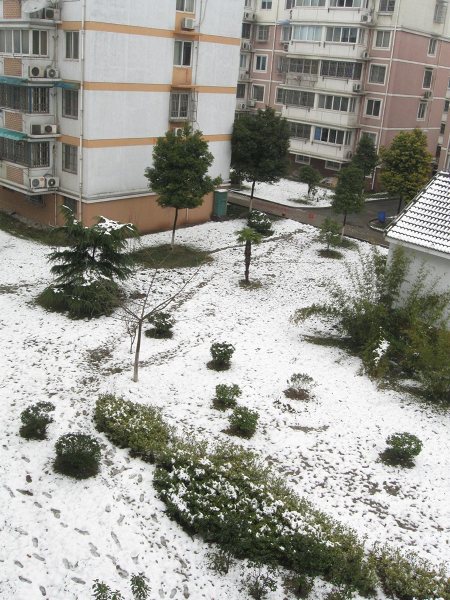 However, there is a Chinese old saying goes that, with the heavy snow, you are expected a prosperous new year. I do wish this saying would promote me of my dream come true this year!

2 thoughts on “Snow: Sign of A Prosperous New Year”